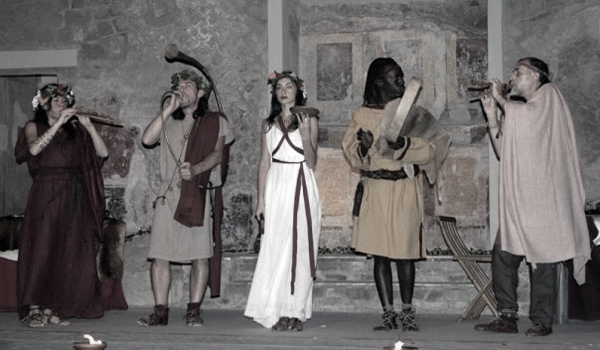 Objectives
The course’s goal is to rediscover the sounds and the music from the antiquity through iconography, musical
instruments, architecture and literature. In particular, we will retrace the uses of sound and music in ancient
Rome, i.e. the meaning of sound and the significance of listening to it in ancient times.
In retracing ancient sound through iconography, ancient texts and architecture an extraordinary world of
sound will be revealed: a philosophy that describes the acoustic relationship between nature and technique.
Discovering the Ancient soundscapes with their own tuning, their signals, the sound prints and sounds
archetypes we find them painted on the walls: the subjects represented and their location, in the silent
spaces and in the colors.
The therapeutic properties of the sounds of nature and of the ancient musical instruments will be revealed.
Virgil – as well as many other Latin authors, writes about archetypical and primeval sounds with
psycho-acoustic powers that can stimulate or release, regenerate and heal. The gurgling of the waters, the
whispering of the wind, the singing of birds that are depicted among the frescoes on the ancient walls of
Pompeii, Herculaneum,
Stabiae represent sounds still alive and present in the Vesuvian area. They represent a reaffirmation of the
natural landscape of the Campania territory “Campania Felix.”

Methodology
The course includes lectures, guided tours in the principal ancient landscapes and soundscapes where music
and sound are found, and various workshops in the acoustic lab with ancient instruments. Will be given
information on the ancient musical instruments and their reconstruction.
It might also be possible to construct and play the Pan Flute using simple reeds (Arundo donax)of the
Vesuvian area.
The participants will then see and hear the musical multi-ethnic instrumentarium used in the Roman Empire.
Musical performances with the replicas of the ancient musical instruments, in combination with recitation,
dances and acting.
The musical culture of the Imperial Rome revealed by its instrumentation, the iconography and the ancient
texts, constitutes the roots of the European musical culture.
Musical performances will accompany also some of the guided tours, in combination with recitation, dances,
acting and the whole environment.
Particular attention will be given to the water sounds effects in ancient Roman architecture: Impluvium,
dripstones, labrum, little fountains, canals, pools, washtubs, and thermal complex to emphasize the
philosophy of acoustic design between nature and technique. 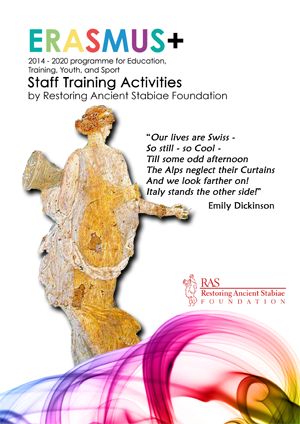