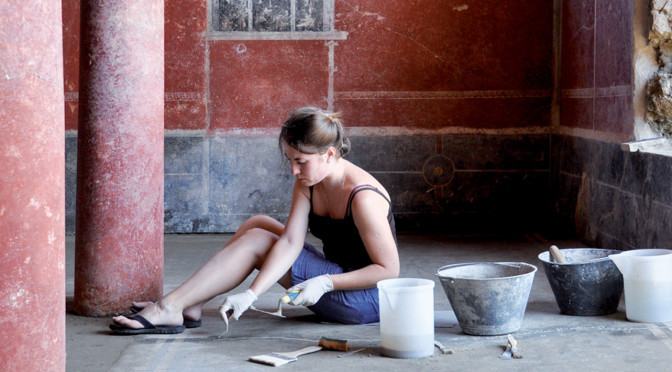 Since 2006, the Vesuvian Institute in cooperation with Italian archaeological Soprintendenza of Naples and Pompeii coordinates various excavation and restoration projects with the participation of many American and European Universities.

In 2010-2011, more than a hundred archaeology and architecture students took part in the scientific research at Villa Arianna and Villa San Marco. Work consisted of excavation, architectural preservation and paleobotanical research.

In 2010, cooperation between the State Hermitage museum and the RAS Foundation was established. With the aim of restoring and making the thermae at Villa Arianna suitable for visitors.

The department of archaeology also created the fundraising programme in order to support its educational and cultural activities. 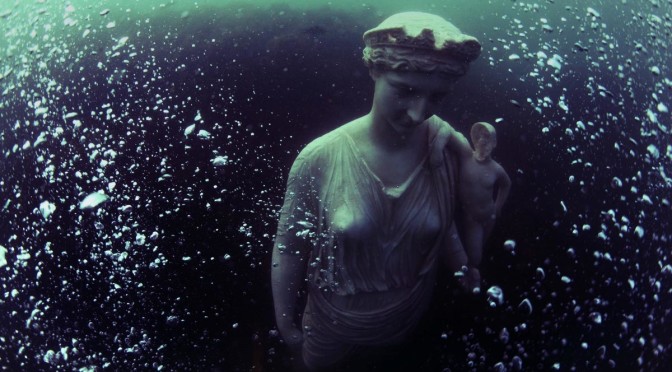 Situated in the beautiful and versatile backdrop of Vesuvian Institute, the Department follows and promotes initiatives to spread knowledge about underwater excavations, especially those located in the Campania Region.
This region played a large role in Roman military and economic History, with a naval base in Miseno and the commercial port of “Sinus Bainus”.  There were also many seaside villas that contributed to the social structure of Rome, all of which are unique to this particular region.
Our research department sits comfortably between the traditional and technologically advanced methods, making us accessible to scholars, researchers and enthusiasts alike.   Our departments looks towards new discovers as well as preserving and conserving.

The RAS Foundation has worked with the department to build a research boat named Captain Porzio, equipped with a DP Dynamic Positioning system that has fixed positioning and a high power Hydroacoustic position Reference system for transponders.  The advanced technology is able to identify and simultaneously control up to 58 submerged signals .

They also have a submarine, Pliny the Elder, which is able to reach a depth of 300 meters, it can transport 2 guests plus the pilot or be operated remotely.