The RAS foundation, in addition to conducting archaeological studies in collaboration with Italian and foreign universities, is also the place where school groups have the opportunity to benefit from educational workshops, led by highly qualified personnel such as Dr Lina Sorrentino, tourist guide and cultural manager, who held a lecture for a high school in Brescia last March. 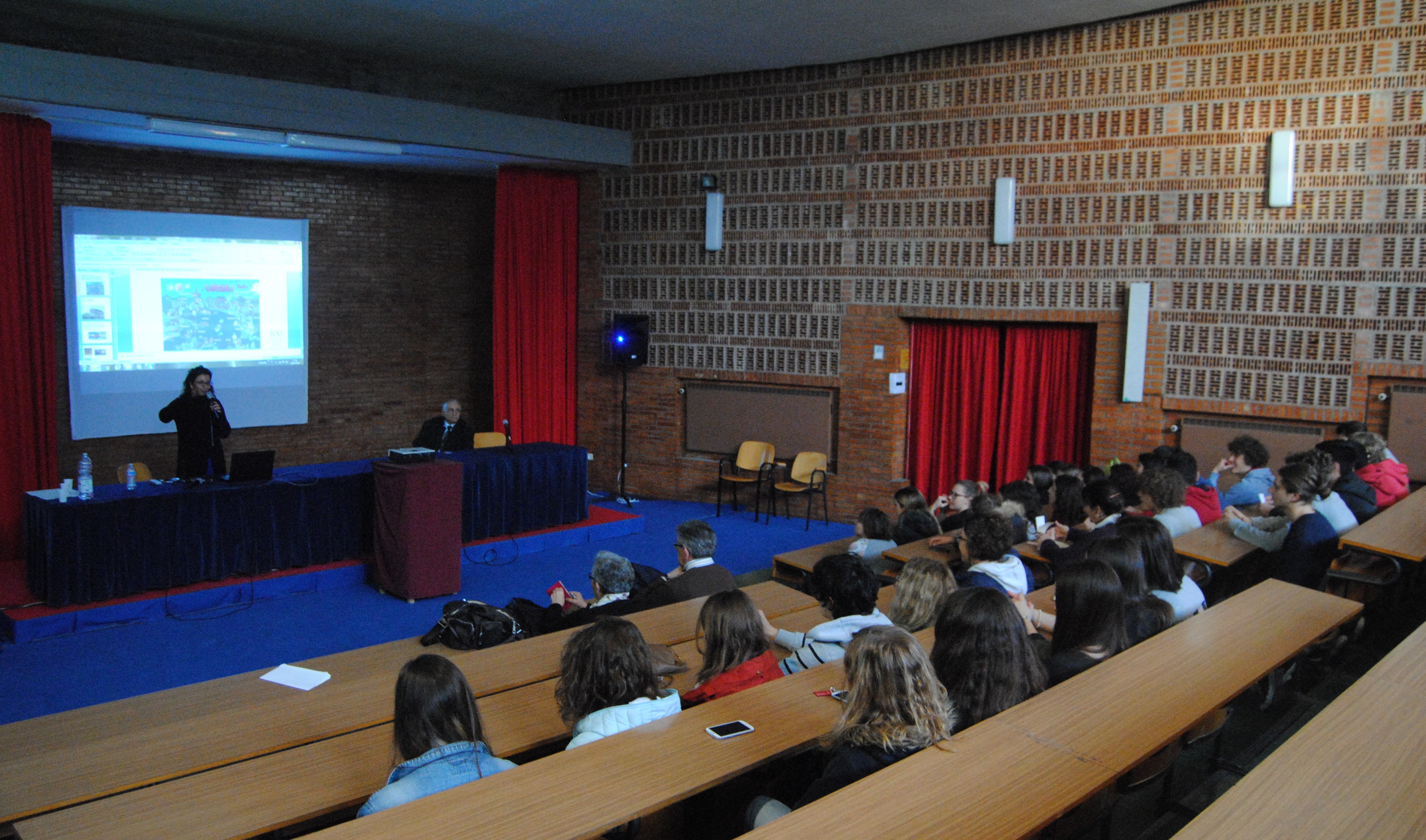 During the class, an emphasys on persistence of the classical world was made, highlighting the importance of Campania as a cradle of artistic treasures (still partly hidden) and as a place of philosophical knowledge.

Campania is not only the site of magnificent villas of leisure Roman era, but also the residence of important ideologies of philosophers, who lived here: Parmenides, Epicurus, Giordano Bruno, Tommaso Campanella, Giambattista Vico and Benedetto Croce.

By Prof. Flavio Russo researcher for more than 30 years in military history, specializing in architecture and arms.

Content
Archeoscience is a different way of reconstructing history. Our course will take a cultural perspective, beginning with basic observations and field tests.
We will study those cities buried by the Vesuvius eruption in 79 AD in order to test current archaeological theories against the evidence and remains from the excavations; through this we will understand how to support theories with archaeological evidence.

In short, the topics will include:
-Concept of archeoscience and its application in the cites of Pompeii, Herculaneum and Stabiae
-Roman technology, equipment, and machines
-Water and Civilization:  Aqueducts and other water transportation systems
-Military technology
-Public and private buildings: their methods of construction and protections against weather and nature
-The rescue operation of Admiral Pliny and his naval base in Miseno, what the outline of the coast looked like before the catastrophe
-The port of Pompeii and its significance
-The newly restored Herculaneum Boat and its unique characteristics

The lectures will be accompanied power point, video, and virtual reconstructions to illustrate the past grandeur of archaeological sites and monuments,  as well as their cultural and environmental significance. We will also learn about the natural environment that surrounds this area.

Guided tours
The site visits will be hosted by professor Russo,  an expert on the more scientific aspects and technologies that are not shown in normal visits.
We will see the damages from Sulla’s artillery  in 89 BC on the northern wall of Pompeii, visit the recently recovered Herculaneum boat, learn about the complex water system of Pompeii and Herculaneum and learn about its sophisticated engineering, visit Miseno and its naval base where Pliny attempted to organize a great rescue mission for the inhabitants of Herculaneum, Pompeii, and Stabiae during the eruption, we will also visit to the ruins of the great observatory of Capri, where Tiberius was ruled for Empire in the last decade of his career.